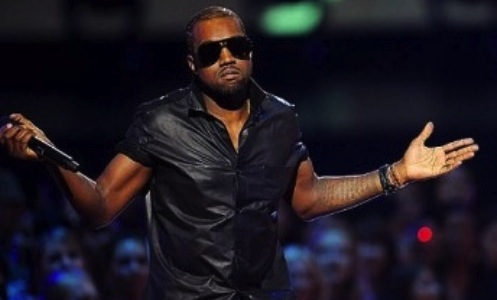 You’re scanning the internet in a frantic. You are reading the blogs and checking the pictures and of course searching on World Star hoping that the news isn’t true. You see the dreaded headline and you don’t believe it…in fact it makes you dislike the opposing artist or person that has slandered your favorite…and you feel the need to dig up dirt for yourself. These are the acts of a fan who is upset that maybe, JUST MAYBE…Their favorite rapper isn’t real.

It amazes me how rap fans will help a rapper cross a bridge to success…then run back across and burn it. All under the act of “Did he really do it?”

Will Smith said it best about 20 years ago “There are no Gangster Rappers. Gangster and Rapper are two different occupations”

What’s even funnier is that some of the biggest turncoat fans are the main ones who REALLY NEVER DID NOTHING…or only TRYING to do it because their favorite rapper does or says he does.

It’s a shame to know your favorite rapper LAME as hell – T.I

I can’t speak for the masses but I can honestly say I have not bought an album because I felt a rapper was “real”. I buy albums because I am a hip-hop fan and when I hear something I genuinely like, I support it. Now don’t get me wrong I do listent to some songs and be like…”Dang..I think he really would do it” but if I were to find out I wouldn’t be upset to the point I wouldn’t support the music.

The same argument in reverse is some of your favorite Gangsters ain’t rappers. Ice Cube and MC Ren wrote the Eazy-E and N.W.A albums. Eazy-E was just the guy really living the music. Big Meech name is in thousands of songs and he has yet to spit a bar. Trick Trick may never go Double Platinum but he will remain one of the most respected men in the streets and the industry period

“The Thing” to do in rap is to say someone isn’t real. People say T.I. a phony snitch yet he is the only rapper that has done everything in his raps, while rapping and paid the consequences for it at the height of his career. Shout to Styles P and Beanie Sigel who indeed have “DONE IT” while there careers were being carved out.

When was the last time you bought an album because “This guy/girl is real?”

How many priors do you have?

Are you the type of person that lives your life through your favorite song lyrics so you can identify?

I don’t know about y’all but I want my favorite rappers out of jail. I want them in the booth making good music. The aspect of them rapping is to get away from a life path of destruction and nothingness. Michael Jackson wasn’t really a zombie. Johnny Cash never caught a body. Scarface was NEVER a real PERSON in American or South American History yet, he’s idolized with 2Pac and Biggie. So how are we infatuated with realness?

David Banner said something once like “I’d rather have a great rapper tell a story of a gangster, than a gangster that couldn’t rap trying to tell it” and I honestly agree. I’m in this to hear good music not be a documenter of street credibility. It don’t matter to me. Some of you don’t even have parking tickets or your biggest crime has be public intoxication. Some of you have almost gotten yourself killed because you believe in your favorite rapper too much. Make the distinction today! Are you supporting the realness of Street life or are you supporting this beautiful thing called hip-hop culture?

Listen to Kendrick Pops at the end of I’m real

“Real is responsibility, Real is taking care of your MNFM family, Real is God, Nigga”