After a conversation on FB, it became clear to me that my statements and my Premise didn’t match. That’s ok. Because I am here to correct it. Instead of me saying “There is no such thing as Commercial Hip-Hop”…I should have said The entire Music section of Hip-Hop is Commercial because it is a Business.

Im sure this will make John happy and mad all at the same time…lol. So now on to my revision. Once again I apologize for making a statement with an opposite premise. Never let twitter conversations influence your posts that are in draft. 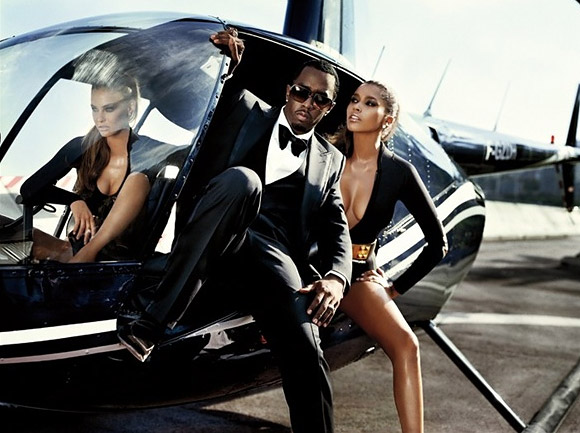 Let me be the first to tell you if nobody else will. Don’t listen to these “hip-hop purist” or “hip-hop elitist” or cats who are just mad their career didn’t quite go the way they planned. There is nothing wrong with going commercial in hip-hop. Hip-Hop music is a business so you have no choice. It cost money to make music. If the music you create doesn’t sell you’ll be broke. So really you need to try to “Go Pop” or “Go Commercial” in this thing we call the music business.

The hip-hop community has this jaded sense of reality that “all you got to do is go commercial and you will get money.” Now, along with that you are all of a sudden not “repping the culture” “you’re a sellout” and any other cruel words and phrases that they will use to explain and downplay your success. However it’s proven everybody “trying to go commercial” didn’t exactly make any money.

Let me ask a question before I give examples. What does commercial hip-hop sound like?

Now let me get to my point. Let’s say for sake of an argument, “Commercial Hip-Hop” are songs that breakthrough to mainstream airwaves [TOP 40 Radio] has national and or global impact, sell well and have an unforgettable footprint in hip-hop music. There are a lot of songs that fit this criteria yet your everyday purist or elitist wouldn’t call them “Commercial”.

WU-Tang Clan C.R.E.A.M – Nobody would EVER consider CREAM to be a commercial record but it is clearly one of the biggest Wu records ever and you can’t find one person who knows about hip-hop that doesn’t know this song. Even Churches know about CREAM….They just changed the Cash to Christ. That’s no coincidence, that’s hip-hop thriving in a timeless unforgettable fashion.

Notorious B.I.G – Juicy/Big Poppa/Hypnotized – We’ve watched Diddy cuss people out because they don’t know the words to Juicy. We heard Hypnotized played at Biggie’s Funeral. Depending on how old your are Hypnotized may be the first song you memorized when you fell in love with hip-hop. Does the mass appeal and acceptance make it commercial? Yes. What about the fact that they were the lead songs of a motion picture movie? Yes. Name one person of any race, color or creed that doesn’t use the phrase Big Poppa? Monster rap records no question…but, who would dare care them commercial? Not many, cause it’s Biggie…but it truly is.

Fresh Prince and Will Smith Career – First and foremost lets get it straight Will Smith is more hip-hop than you will ever be. People only call him commercial because his fanbase is seemingly over 50% white. However, before Pac, Ice-T, Heavy D, Queen Latifah and many others got into the TV and Movie Industry, Big Willie did it. Then when he had one of the best shows on TV EVER…He Dropped Summertime after an episode…WHO DON’T LIKE SUMMERTIME!?!?! I don’t think “man this ole commercial bullish…” I think certified hip-hop classic record that broke records and barriers. As the Fresh Prince Will and Jeff had a good time with hip-hop. There music was fun and anybody could enjoy it. That’s why he broke barriers and sold exponentially. Will Smith didn’t even have to rap after Independence Day dropped yet he still put out album. He loves music. He has Mass Appeal. Everybody loves Will Smith.

Juvenile – Back That Azz Up – PLEASE! PLEASE TELL ME the ONE THING that makes Juvenile Commercial? I got to hear this! A dude in the hood with a good camera, with ghetto girls twerking made MILLIONS off of one song! That was when he was trying to takeover for the 9-9 and the 2000. Present day women of all colors STILL go CRAZY when that record comes on and men of all colors keep they eyes open and their pelvis free from obstruction just in case one of these women want to back that a$$ up. FACT! You can not argue that. What was EVER “commercial” about Cash Money to explain their success? Not much if anything at all but that song broke barriers for them and now…you still can’t get away from that song or slow motion. Keep thinking only black folks bought 400 Degrees if you want.

Ja Rule, Nelly, 50 Cent, T.I, Ludacris…we can do this all day! We can go to a lot of classic hip-hop records that will never die that people wouldn’t dare call commercial…but they really are. You can’t even put your finger on what commercial rap sounds like. You can’t say “that singing happy bullish” Why? Because Biz Markie did Just A Friend when Drake was like 2 years old. You can’t say “them songs with the cheezy pop beats”….Cause you know who’s made “Pop [short for popular]Beats” Timbaland, The Neptunes and YES EVEN DJ PREMIER [See Christina Aguilera]. It has no sound because there is no telling what will work for sure but, when it does….it just does.

All the above is why I personally say, There is nothing wrong with “going commercial” in hip-hop music.  It’s either Hot or Not, Terrific or Trash, Good or Bad. Every artist should be trying to make hit records. That’s how you eat. That’s how your family will eat. That’s how you will improve your quality of life. Jay Z is not rapping about art and talking with Warren Buffet just because he wanted to switch it up. He’s doing that because hit records put him in a different tax bracket to where Warren Buffet actually knows who HE is. Think about that.

Keep it real and pure all you want. While you’re doing that really keep complaining about how it sucks to be broke as an artist and how it’s damaging to your brand to hop on a song with Katy Perry. We’d love to hear it. Laughter is Medicine..Word to Comedian Jay Washington.

BONUS FACT: Some of you are calling certain rappers and songs commercial solely because a larger white audience loves the song and or artist. In life you can’t help who likes you. That’s not the artist fault. Let’s not forget from the jump white people and “the white dollar” have helped hip-hop thrive. Music is for the world. Don’t ever get that twisted. One of the laws of Common Sense is….If a lot of people across the world like your music, you have a great shot at making a lot of money…given your contract is straight. That aspect of business makes your song a commercial success and it’s nothing wrong with that.

ALSO: Understand that endorsing a product or doing an actual TV Commercial doesn’t make you a sell out. It makes you a marketable brand. There are a LOT of unattractive people who appear to not want to sound or imply they are educated. Those are the people who are not achieving their maximum earning potential. This phantom idea of “Keeping It Real” is really keeping money out of people pockets….I said this before but I’ll say it again. Kendrick Daddy told you what real is. If your definition is something beyond that. You got the game all wrong.

So….what does commercial hip-hop sound like? Who is a commercial rap artist? How do we separate them from the “real hip-hop hit makers”? I really want to know. Because after what I presented, everything we ever purchased was commercial. Hey, I even made the mistake myself if you seen the title of this post before 2pm. LOL! No problem with changing my stance. Especially if it is something I actually believed all along.

You think I wouldn’t hold this Pepsi in my hand for mills? You must be fawking stupid man… – Fabolous