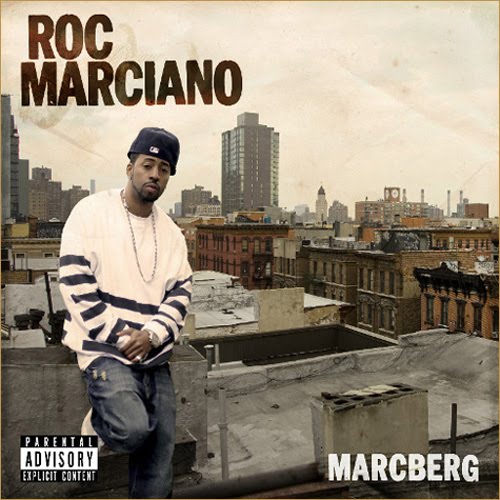 This is a special catch up because under normal circumstances it would be a Quotes Co-Sign. I wouldn’t have slept on this album if I could find it. It’s hard knowing a lot about rappers and trying to become fans of them and the only place that you can find their CD’s is on websites you never been to before charging you at least 20 dollars without tax and shipping. I’ll be honest, although I like to buy the music from the artist I truly appreciate, I’m really not trying to spend a dub plus some to buy an album. Blame the retail chains for that. Even the deluxe editions of albums aren’t 20 dollars at a Best Buy or Target. Sometimes iTunes is even cheaper than retail so, the smart consumer in me might hold out until a big retailer gets the product I want. Just a word to the artist out there trying to “Overcharge for what they did to the Cold Crush”

Sidenote: what Nipsey did was entirely different from what I’m talking about. Now for what I came for.

I’ve been waiting to hear a full project from Roc Marciano since his quick interlude on a Flipmode Entertainment track or project that escapes me and his verse on The Heist on Busta Rhymes Anarchy album [2000]. He was also on Busta Rhymes “What It Is Right Now” Remix. I just like to hear from new rappers. Especially ones that my current favorite rappers co-sign. I have no clue what happened with Roc’s Flipmode situation but, I can say parting ways was the best thing that ever happened to him from a rap fan standpoint.

I got reintroduced to the new and improved Roc Marciano through my new favorite rapper Action Bronson. They got some real dope collabs and it made me want to look for more music from Roc. Definitely glad I did.

May 4, 2010 was the release of Roc Marciano’s first official LP titled Marcberg. It may have been through Shade 45 but I remember hearing “Whateva Whateva” and instantly falling in love with the track. The marriage of it is perfect. I personally think Roc Marciano’s flow is out of this world! You can’t find just any rapper that can take a word or a syllable sound and make it rhyme for an entire 16 Bars or more and not use the same word for about 6 bars. To give it some sort of a label Roc’s flow is “complexed simplicity” For example

“Not to mention I’m one handsome dude
Hold a candle to who?
You just a can of food
Come with the hammer drew
Or Plan to lose
I’ll dismantle your crew
And blam your in the Mark Buchanan Blue…”

That’s just the middle of the verse! No one can do his flow like him and that’s what’s refreshing about him and his music. I honestly feel he has one of the best flows in rap period.

Marcberg is an album that carries a lot of Nostalgia yet is updated with today’s times. It feels throwback but, you throw it on and cats will know they never heard it before.

Some of the great tracks on the Marcberg album

Vintage New York Hip-Hop is what I grew up on so my appreciation of this album is extremely high. I bought this album for the same reason I will throw in an old Nas or Wu-Tang Album. This is an album to sit with and ride to. Don’t purchase this trying to turn up, look for hit records and see what you can bang in the clubs. You want to hear some creative lyricism, storytelling and some good old Fashion New York, Drug Game, Gangsta Ish…..Then cop Roc Marciano’s Marcberg. I bought my copy at Target.com for under $14

Now listen to the Number 1 reason why I made this a post on BehindTheRhyme.com