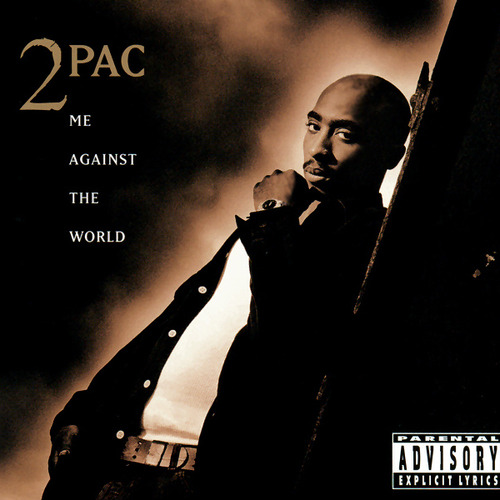 March 14, 1995, one of the front to back dopest rap albums was released by one of it’s greatest rappers, as Tupac Shakur released Me Against The World.

The short nostalgia story of this album for me is remembering my mom having this album and playing it everywhere. She bought the CD and made a dub for the car since every car didn’t come with CD players then. I just remember her letting the whole tape ride in the car, letting it flip over and letting the whole other side ride. Then, Saturday morning, she’d throw this CD in and clean the house. She’d bang it so loud that I wouldn’t even turn my stereo on to play video games. So I’m playing Sega and listening to Me Against The World.

I think this album is one of the most 50 important albums in hip-hop history. This album is 2Pac artistry and music at it’s finest. This definitely wasn’t about east or west and there definitely wasn’t any mixed or misunderstood messages. It’s hands down my personal favorite Pac album and I have absolutely nothing bad to say about it. My only thought; Imagine if Pac spoke more Life than Death.

This album created the “Rap Stan” in my opinion. “Dear Mama”, “F**k The World”, “It Ain’t Easy”, “Death Around The Corner” and of course “Me Against The World” have become some of the one liners, thoughts, and theories that have over saturated the game the past 20 years. Wild part is those are just the ones that any casual rap fan can catch. I honestly don’t believe the phrase “Baby Mama” was used before this album, but correct me if I’m wrong. The “Me Against The World” album is the blueprint for a lot of song structure, lyrics, stories and thoughts of a lot of start up rappers. Unfortunately, none do it as good or better and that in short, is why cats need to stop biting Pac and do their own thing.

I don’t normally speak highly of Pac in a lyrical sense, but this album and it’s word play is top notch. The stories and perspectives are very real and the way he delivers the verses on this album almost makes you feel soulless if you don’t feel it. My Favorite Pac Song Ever is “If I Die Tonight”. It’s one of the few songs where Pac proves he got BARS if you really want some.

Me Against The World embodies everything that a “Classic Album” should have. I think Pac could have lived the entire 20 years and never outdone this album. Maybe if he didn’t have an obsession with thoughts of his own death, we would have gotten to hear the attempts. This album proves that Pac’s use of words had ultimate power and could impact the world and an entire culture and its music. There are not a lot of artist in ANY genre of music that can do what Pac did in the 15 Tracks on this album.

I wonder how many Young Ni**az wanted to become Accountants and Lawyers after hearing this album.

R.I.P Tupac Shakur and THANK YOU for putting out one of the most important and groundbreaking albums in hip-hop.