First, let me say to everyone who was expecting this on May 1st, I’m sorry. The May Days get real and I didn’t want to rush this one. I wanted to make sure all my thoughts and ideas were felt and understood. 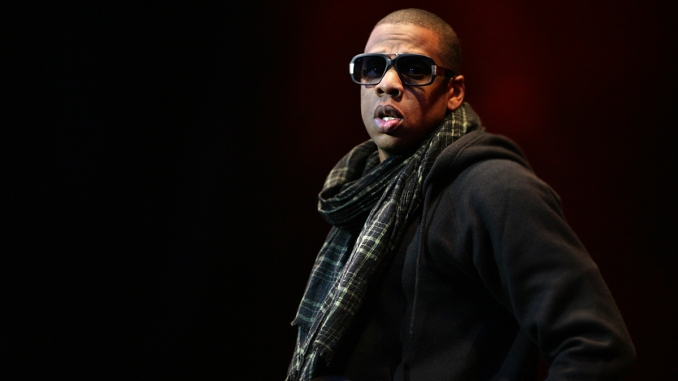 The time has now come where we as a hip-hop community need to understand that hip-hop’s undisputed leader of the culture is Shawn “Jay-Z” Carter. This isn’t about album sales, lyricism or any “rap stat” that you want to throw out. This is about hip-hop’s longevity and most importantly the next person in line to take the torch to extend the lane that Jay has created.

It is my personal belief that Jay Z has to be the undisputed leader and torch carrier for hip-hop until he is at least 50 years old. Why? Because no matter who comes along and sells this, does that or creates the next big thing, Jay is always the undisputed Trendsetter, Tastemaker and even his fails are defended by the masses. [That was a Blueprint 2/Kingdom Come shot not a TIDAL shot by the way]

Since the beginning of “Imaginary Player” Jay has made it a point to make it clear “He did it before it was cool” and you can’t deny it. For my time, I’ve never seen a person put a line in a song and it literally changed the way people lived life. For example.

And I don’t wear jerseys I’m 30 plus, give me a crisp pair of jeans and a button-up. – That was literally how a few of my friends and co-workers would explain there attire after hearing that song.

Im not a businessman, I’m a business…man – Even people with no business or marketability believe this about themselves.

This is the Death of Auto-tune – Well…you know what happened with that.

Reasonable Doubt, Classic. Should have went triple – People swear by his words and the album STILL wasn’t triple platinum by the time he dropped “Blueprint” and it was released two times within 2 years.

Bottom line. Jay makes the rules and regulations. Jay says how things go in hip-hop and with a lot of his extreme Stans knocking on the door of 30, there is no reason why he should slow down or stop completely.

Jay needs to keep going just so hip-hop looks cool to the adult demo. It can’t be all about the kids anymore. Hip-Hop is over 40 years old and most of the rappers I grew up admiring are in their 40’s or on the way there in the next 3 to 5 years. For some reason no one sticks in the trendsetting category like Jay-Z. Nas will always be one of the coolest rappers. Snoop, Redman and Method Man will always be the guys you want to smoke with. Kanye will always be the artist of Artist, but Jay-Z is always going to be who the majority wants to be like.

Most importantly, I don’t want to stop listening to rap music because I’m older than all the rappers out. I need to hear music from people that are my age or older. So I need EVERYBODY that was hot from 91-99 to keep creating great material for me to rock to. I came of age in the Golden Era, so that’s what I identify with. So Jay needs to keep going for just the 80’s babies entertainment needs alone!

I think we need two more Jay albums. If not two more than he at least needs to drop on his 50th birthday. Just so that milestone can be created and so it’s deemed ok for others to do it if they want to. I believe Eminem when he said “I’ll rap till I’m fossil fuel” and I hope so. I believe Eminem is the Willie Nelson of hip-hop. However, if Em is the only rapper to drop at 50 years old or older, it’s not going to stick as well as if Jay-Z does it too or first.

I say it all the time so I might as well say it again. Drake is the leader of the New School. Here’s the new one though. Drake is the only new generation rapper in the Jay Z lane. He is THE Trendsetter of his time and it is more than obvious when Drake speaks the majority listens. Drake needs Jay to go till 50 or later so he can take it to 60 or later. With his content being what it is and with him writing R&B songs, Drake could extend hip-hop to heights we’ve never seen as the super senior. He can only do that by watching Jay for about 10 more years.

The overall benefit of this is the Golden Era will never die off or be under appreciated like the foundation of hip-hop was at one time. Although the gripe is “Rappers are too nice” the extended hand and fellowship and paying homage is why Nas, Nore, Raekwon, Snoop, Juicy J and many others are still putting out albums and working with young emcees and producers and bringing their classic sound to a new world of rap fans. It’s also how a lot of young cats are getting great co-signs and prospering out here so they can take it next level. Hip-Hop is a growing culture and nothing grows without getting older. However, nothing can grow gracefully with no direction. Jay Z is the leader of that direction.